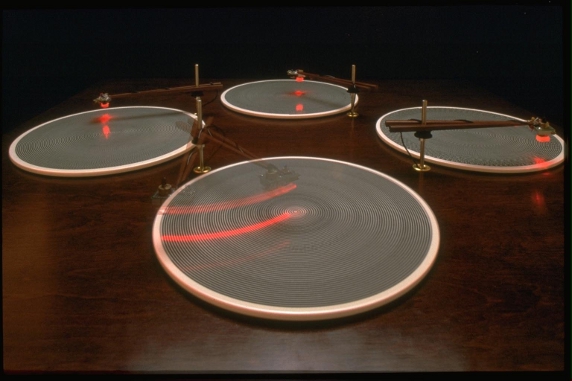 A huge inspiration on the project has been the work of the media artist Paul DeMarinis. You can view examples of his work here.

He has been involved with experimentation in sound / noise by designing circuits as well as hacking various media. Many of his works are hugely influential across Media Arts / Electronic Arts and much has been written about his work in these texts:

Of particular influence on our transmission+interference project is the work “The Edison Effect” that mixes analog and digital media to play with sound. Here is a quick video: